It is the end of the year. A really hard year. As you may know, I live in Ukraine, so due to Russia's war against us, it was harder to lead this project than in previous years. Nevertheless, it was a good year for pnpm. We've got a lot of new users, contributors, and we have implemented many great features. 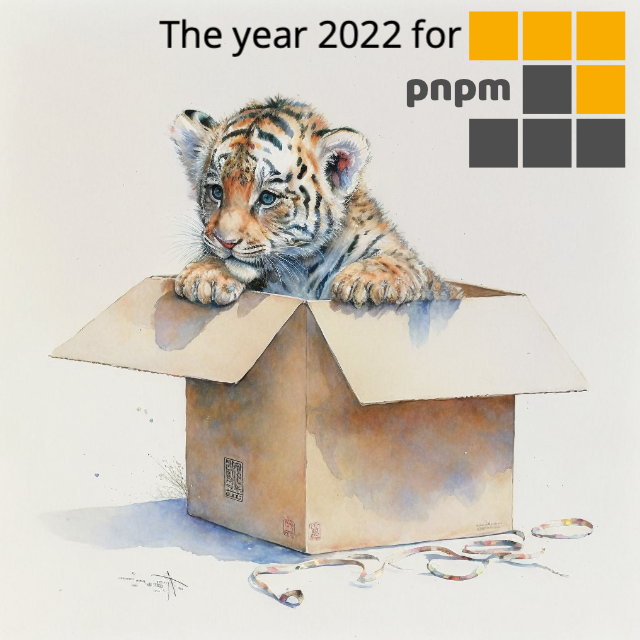 (the above illustration was generated by Midjourney. The tiger symolizes the year of the tiger)

My goal this year was to beat Lerna by the number of downloads. We were able to achieve this goal in August:

We collect some unpersonalized stats from our docs using Google Analytics. In 2022, sometimes we had more than 20,000 unique visitors a week. This is 10 times more than in 2021! 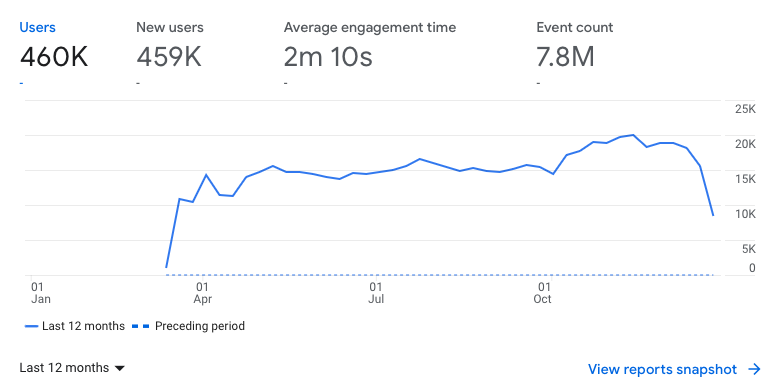 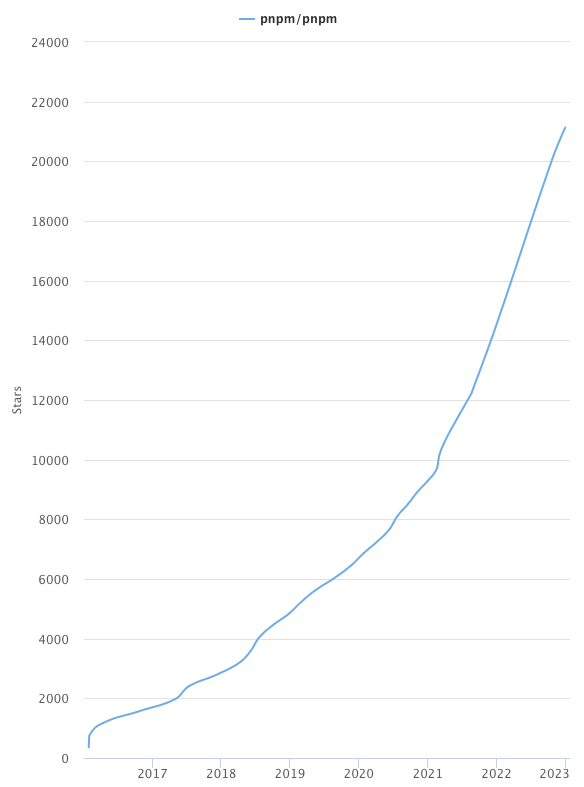 We had a lot of new and active contributors this year. These are the people the merge at least one PR in 2022:

Right at the beginning of 2022, we have added support for the "traditional" hoisted (a.k.a flat node_modules). We use Yarn's hoisting algorithm to create a proper hoisted node_modules. This new setting has basically made pnpm compatible with all Node.js stack that are compatible with npm CLI.

To use the hoisted node_modules directory structure, use the node-linker=hoisted setting in an .npmrc file.

Since v7, side-effect-cache is enabled by default, so dependencies that should be built are only built once on a machine. This improves installation speed by a lot in projects that have dependencies with build scripts.

The pnpm patch command have been added for patching dependencies in your node_modules.

Listing licenses of dependencies (since v7.17.0)​

You may now you the pnpm licenses list command to check the licenses of the installed packages.